I’ve been trying to photograph M31, the Andromeda Galaxy, for a while and this is my most gratifying effort to date.  I was in a fairly dark location tracking with the ioptron Skytracker and the picture was taken with the Canon T3i and 50mm lens at f/3.5 ISO 400 and 120 second exposure.  I had done a series of 60 second exposures at 800 ISO with the idea of stacking them but that hasn’t worked out so far.  The brighter stars near the bottom of the image are v Andromeda to the left and 32 Andromeda to the right.  It’s interesting that the little parade of stars near v And. and the little squad above 32 And. are actually there. Some of those stars are getting down to magnitude 10 or 11.

The image below from stellarium shows the two groupings and also shows the real extent of M31 which is only hinted at in my image.  Oh, and in the stellarium image you can see a small puff above Andromeda which is M110, a satellite galaxy of M31, also barely visible in my image. 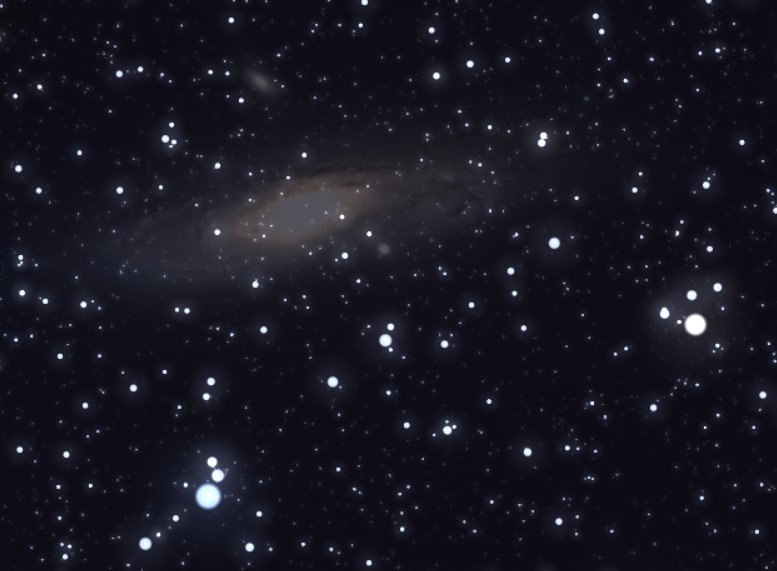 The image below is the uncropped version. 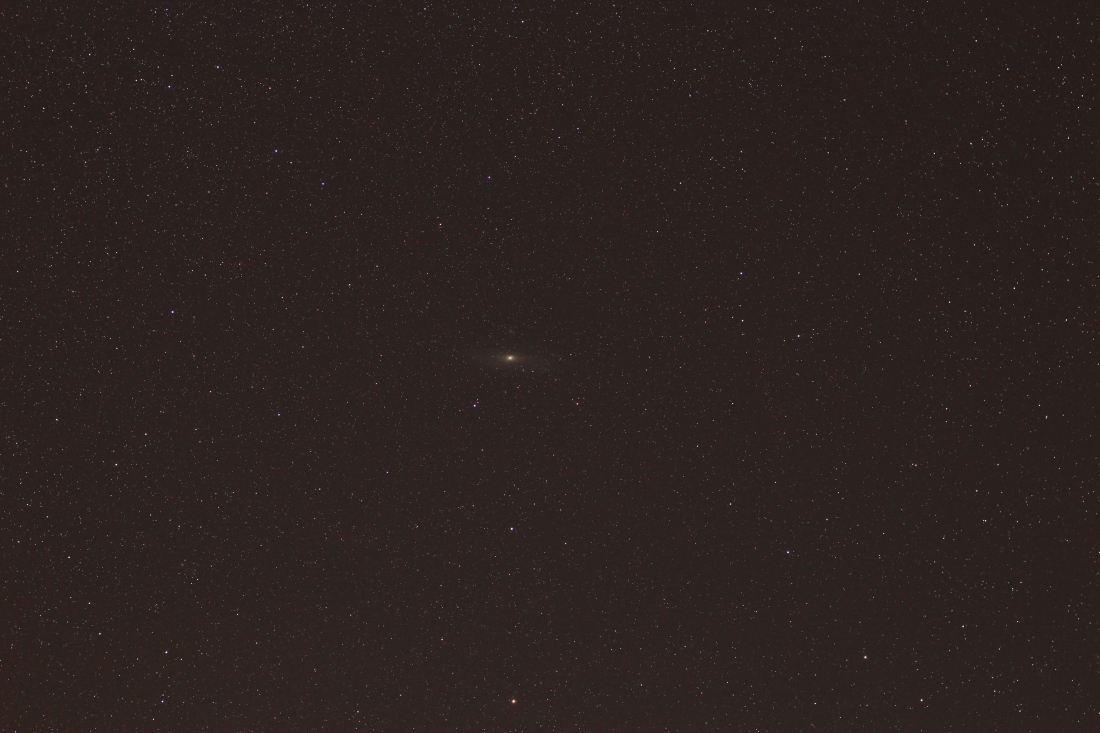 I had a bit of a debacle the first time i tried the ioptron skytracker – i had no luck at all with the polar scope and i just roughly aligned it with the bore hole.  I had the brilliant idea to roll up a sheet of paper to stick in the sighting hole which let me find and center polaris and then i was able to graduate to their polar scope.  iOptron makes an app that gives you these little pictures of where polaris should be in the reticle – it seemed loony to me but i was actually able to line it up pretty much spot on.

I was working in a cramped spot with no good view of the sky so my reward was this nondescript image of part of ursa minor and draco with zero trailing that i can see.  These are fairly close to the pole but I think they would have shown some trailing in 30 second images. These were taken with the Canon t3i, f/4 ISO 400.

I’ll get out into the country and try my luck on M31 tonight. That’s much more likely to smear but i’m optimistic. I need to get much better at pointing the camera once it’s on the mount and i need to remember to focus both the camera and the reticle before i start. it’s interesting to note that it makes very little difference in sighting whether i have my glasses on or not!